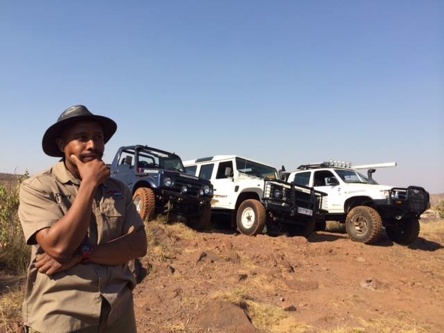 To choose, or not to choose… that is the question! In this episode of THAT 4×4 SHOW we take a look at some classic and modern 4x4s that are easier on the pocket than a brand new 4×4. The list includes three generations of Toyota Hilux bakkies (because they are rather popular, after all), a Suzuki SJ Samurai and a limited edition Land Rover Defender Kalahari. In keeping with the “back to the future” theme, we also take a look at one of The 4WD Truckin’ Company’s less extravagant projects – a Toyota Prado 120. The McCarthy 4×4 Club, based at the Rhino Park complex, recently expanded its footprint with a new guided 4×4 trail. This new route will eventually also include a two-day trail experience, with a camping site included. We went for a visit.
Sep 18, 2014Graeme Stonebank
7 years ago That 4x4 Show, That 4x4 Show Series 24x4, classic, Defender, Hilux, Kalahari, Land Rover, McCarthy, off-road, Prado, Rhino Park, Samurai, Show, SJ, Suzuki, That, Toyota287