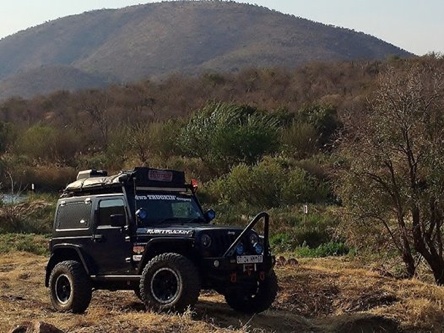 The Beast has landed… all 240 kilowatts of suped-up V6, more locking parts than Alcatraz, 35-inch Mickey Thompson muds, the ability to house two people for a weekend away, and absolutely go-anywhere-anytime capability. It’s our Jeep Wrangler Rubicon, built in partnership with The 4WD Truckin’ Company, and it is… amazing. This week we give it its first official off-road shakedown at the infamous At se Gat 4×4 Trail near Brits. In this episode of THAT 4×4 SHOW we also take the Ford Ranger and Isuzu KB off-road at the Rhino Park 4×4 trail. Which one of these bakkies poses the biggest threat to the mighty Hilux? Presenters Bernie Williams and Tumelo Maketekete compare notes after going bos in both bakkies.
Sep 13, 2014Graeme Stonebank
7 years ago That 4x4 Show, That 4x4 Show Series 24x4, At-se-gat, Ford, Isuzu, Jeep, KB, off-road, Ranger, Rubicon, Show, That, Wrangler255